Half-time in the compliance ballgame 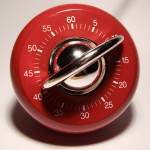 The new TCP Code came into force on 1 September 2012, and requires telcos to lodge a written compliance statement by 1 April 2013. That means we’re just past the half way mark towards that deadline. How’s the Code, and the industry, travelling at half-time?

Let’s start with ACMA’s take on it.

Code regulator ACMA seems quietly pleased with progress to date. In a blog post on 14 December titled TCP Code compliance ‘ads’ up, the Authority commented that it had been reviewing telco advertising against the Code’s requirements and:

To date, we’ve assessed over 50 advertisements from more than 20 telecommunications service providers. Where we’ve found instances of possible non-compliance, we’ve written to the relevant providers. So far they’ve been very receptive and have promptly made changes to address our concerns.

On the same subject, ACMA has commented to TCPCode.com.au that:

In fact, we have assessed the advertising practices of over 20 providers and on the whole have been greatly encouraged. Where we have found non-compliance, providers have been very receptive to our concerns and have immediately changed their ways. Our estimate is that through these 20 providers we have likely had visibility to the advertising going to about 90% of the consumer and small business market.

The Authority is always keen to reinforce the fact that it won’t accept any nonsense on the TCP Code, and will take whatever enforcement action the future calls for, but the current ACMA assessment seems to be ‘so far, so good’.

Code proponent Comms Alliance is even more upbeat. It considers a drop in TIO complaints in July, August and September 2012 as a pointer to early success for the TCP Code:

Communications Alliance CEO, John Stanton, said the welcome reductions in complaints, particularly during the past six months, pointed to the fact that many service providers had begun adopting the provisions of the new Telecommunications Consumer Protections (TCP) Code well before the Code was registered by the regulator and came into force in September this year.

“We have seen many telcos working hard to implement the new and improved protections well ahead of any regulatory deadline, and the positive effects are being borne out in these welcome TIO data,” Mr Stanton said.

The TIO hasn’t publicly embraced the idea that falling complaint numbers may be generally related to the new TCP Code, but it does go close to acknowledging that in some areas, at least, there has been both early industry action in some areas and a fall in complaints in those areas:

To the credit of the telecommunications industry, we have seen some providers move much quicker than required in implementing the new spend management rules and increasing the notice to consumers about potential international roaming charges.

But TIO’s most recent public statement on the Code gives it a mixed report, pointing to gaps in its coverage that will need to be filled.

The newborn Code monitoring authority hasn’t made a call on progress, at least in the public domain. We expect Executive Director Christiane Gillespie-Jones has her hands very full, setting up Comms Compliance’s infrastructure, developing a funding model and preparing for the first round of compliance attestation certificates.

We think the industry is sharply divided into the ‘Codes’ and the ‘Code-nots’.

Understandably, ACMA is focussed on the forty to fifty telcos that account for most advertising, most customers and 99% of TIO complaints. Why wouldn’t a regulator weight its attention towards them?

But that leaves another thousand or so smaller players that seem to have far less sense that life changed profoundly last 1 September.