Critical Information Summary: 76% of telcos fail ACMA audit … but news not all bad

Only 24% of telcos scored an ‘all clear’

In the first week of March, the Australian Communications and Media Authority carried out Critical Information Summary (CIS) audits of 50 telcos.  76% of them scored fail grades and  received letters from ACMA requiring compliance.  So there’s work to be done by the industry in this key area.

But the news is not all bad, according to ACMA consumer interests section manager Alan Chalmers.

The raw numbers from the initial CIS audit weren’t great.  50 telcos checked.  26% had no CISs.  50% had defective CISs.  24% all clear.  If those figures were repeated in phase 2 of the CIS audit program we’d have a TCP Code Red. 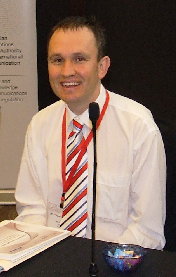 But Alan Chalmers sees room for optimism.  The majority of telcos that received ACMA follow up letters responded quickly and positively to the ACMA’s requests.  And in many cases, the defect/s noted by ACMA were able to be easily remedied once the telco understood what was required.

ACMA also learned that some telcos had been delaying posting their CISs out of concern for getting them wrong.  They weren’t ignoring the law; they were just anxious about how to get compliance right.

So ACMA isn’t seeing the 76% fail rate as evidence of a recalcitrant industry. “Hopefully, it reflects early days, ” says Alan Chalmers, “and the results of the next half of the CIS blitz will be much improved.”

But those who received letters must comply

Where inadequacies remain [after compliance deadline in its letters have passed], we will make breach findings and take enforcement action. The tools available for non-compliance at this stage are formal warnings or directions to comply with the code.

Just because ACMA is reasonably happy, in the circumstances, with the overall industry response doesn’t mean it will excuse individual non-compliant telcos.