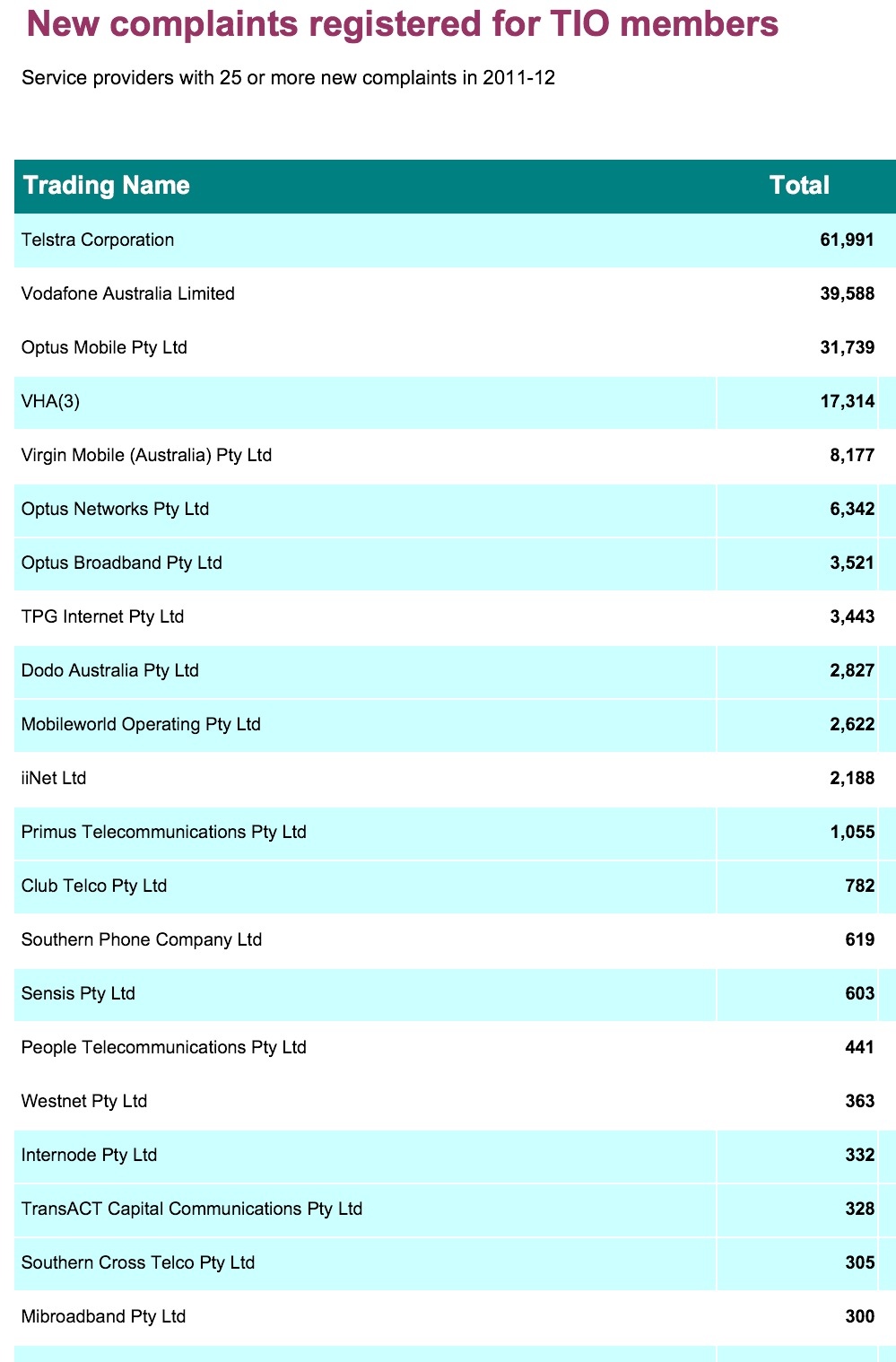 TIO's Annual Report has been released, together with complaints data for the year ending 30 June 2012. Logic suggests that ACMA will pay close attention to the complaints ranking in picking targets for audit and investigation action. So we can use the data to identify telcos more likely than not to receive audit attention.

Why do we think the complaints data points to the audit trail? It's pretty obvious, really.

ACMA keeps focusing on the stats

Time and time again, ACMA has pointed to TIO complaints statistics as evidence that the telco industry needs to change. Frankly, if TIO numbers were negligible there would have been no Reconnecting the Customer enquiry and report, and no 2012 TCP Code.

And what does the stats table tell us?

“ACMA says it will enforce the TCP Code. How can it deal effectively with 1,000 or more telcos?”

It doesn't need to deal with 1,000 telcos. The numbers suggest that by working on the '25+ Club' ACMA can achieve almost complete coverage of the issues that drove the Code. Sure, there will be a few serious issues among the long tail of sub-25 complaint telcos but a regulator with an immediate target of 100 audits is bound to be drawn towards a group that represents 10% of the industry and 99% of the common issues.

A telco lawyer with a truckload of experience
View all posts by Peter Moon →
This entry was posted in Code Enforcement, External Compliance Assessment, TIO and tagged ACMA, complaint, tcp code. Bookmark the permalink.