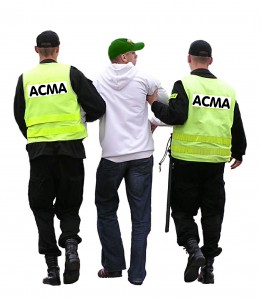 ACMA has started its TCP Code enforcement drive with a series of formal warnings, the mildest weapon in its formidable armory.  The Authority is obviously testing the water, to see whether the industry will take its warnings seriously. If not, we know what to expect.  Chairman Chapman wrote last year:

The ACMA will be taking a much tougher and more directive stance on  telco compliance—turning up the heat. You will see more investigations, directions and court cases.

Here’s an outline of the formal warnings so far.

The record to date

12 April 2013  ACMA warned AAPT Ltd for privacy failures that occurred under the old TCP Code.  But the new Code is empowered to deal with earlier breaches, and ACMA did so.

3 May 2013  ACMA warned Southern Cross Telco for a privacy breach, were bills were emailed to the wrong customer.

How do you turn a minor breach into a formal warning?

Getting a warning is easy … just ignore the TCP Code.  But turning a minor issue into a formal warning takes a little more.  You need to fail to act promptly in response to an informal approach from ACMA.

The Authority’s approach in cases of non-compliance has been to notify the telco and ask for action.  If that doesn’t happen pronto, ACMA will escalate the issue … even if it was initially relatively minor.

The ACMA expects industry compliance with the TCP Code,’ said ACMA Chairman, Chris Chapman. ‘Where we see non-compliance and bring that to a provider’s attention, we expect a rapid response. In most cases, that has been forthcoming. Where it is not, we will not hesitate to use our formal enforcement powers.

Never ignore or overlook a communication from ACMA or ACCC

Assuming that you’re not a cowboy, the most likely ways to ‘ignore’ a regulator are:

In an increasingly risky regulatory environment, the last thing you need is for a small deal to become a big deal because you put an ACMA letter aside until you are back from holiday in Bali.

A telco lawyer with a truckload of experience
View all posts by Peter Moon →
This entry was posted in Code Enforcement and tagged enforcement, formal warning. Bookmark the permalink.