Unit Pricing: How are we going to do it, people? 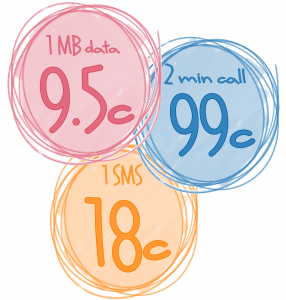 A survey of how telcos are implementing unit pricing on their web sites proves the point.

Under the Telecommunications Consumer Protections Code, most text-based advertising of ‘included value’ mobile and data plans must ‘prominently display’ (as applicable) up to three standard pricing ‘elements’ in the ‘main body’ of the advertisement:

In theory, Kimmy Consumer sees a range of ads and has a simple way to compare value.  But if Kimmy is using provider web sites to inform herself right now, she’d better be alert to the different ways this key data is ‘prominently displayed’.

In the examples that follow, we’re not particularly trying to identify, or disguise, the providers concerned.  And we’re not criticising any of them, either.  The point we’re making is that the rules are open to interpretation, and telcos are interpreting them differently. 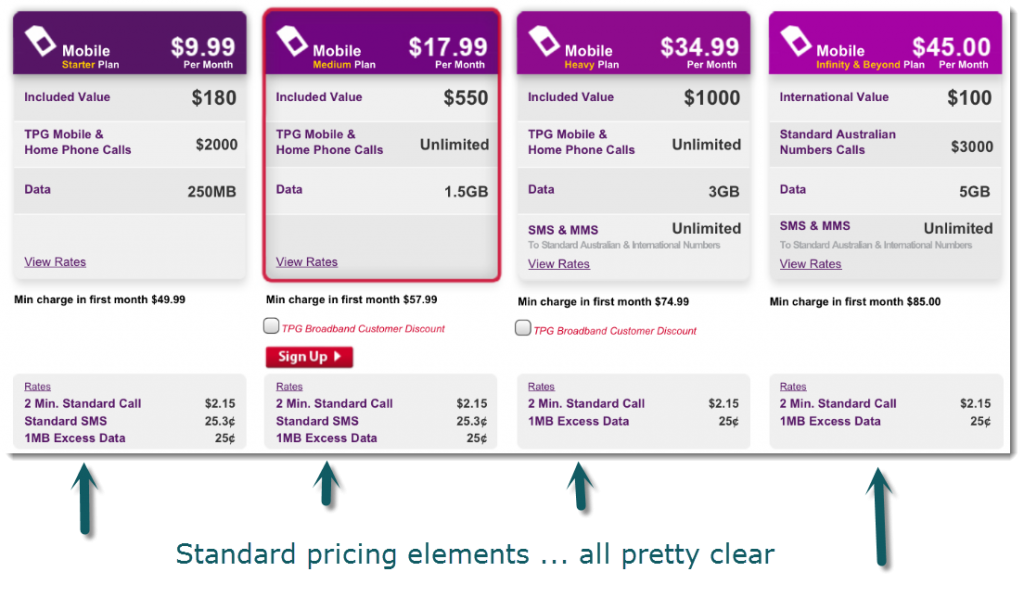 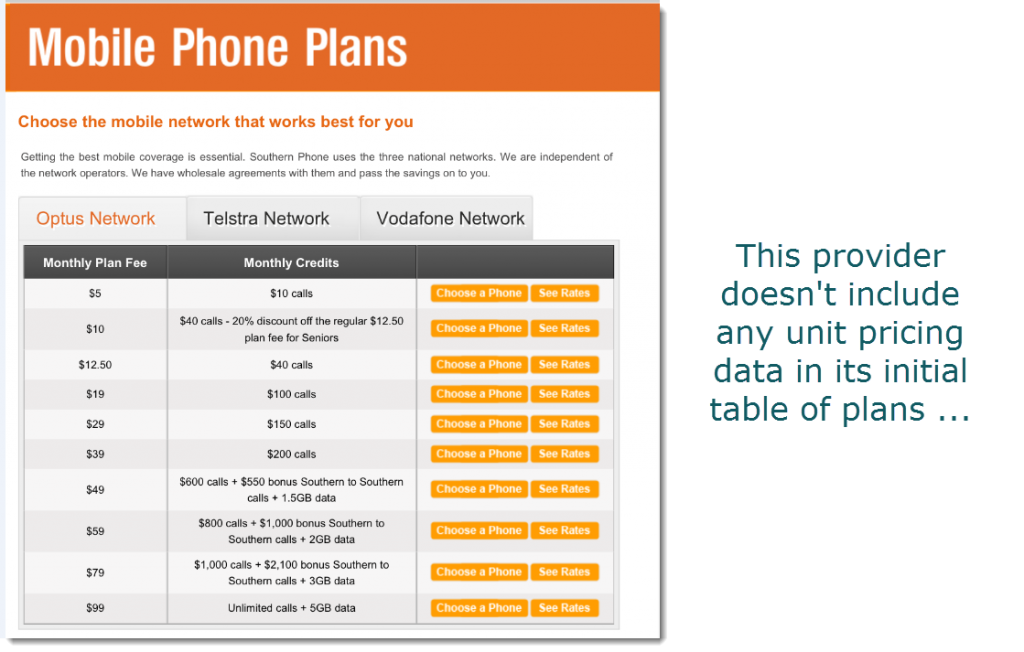 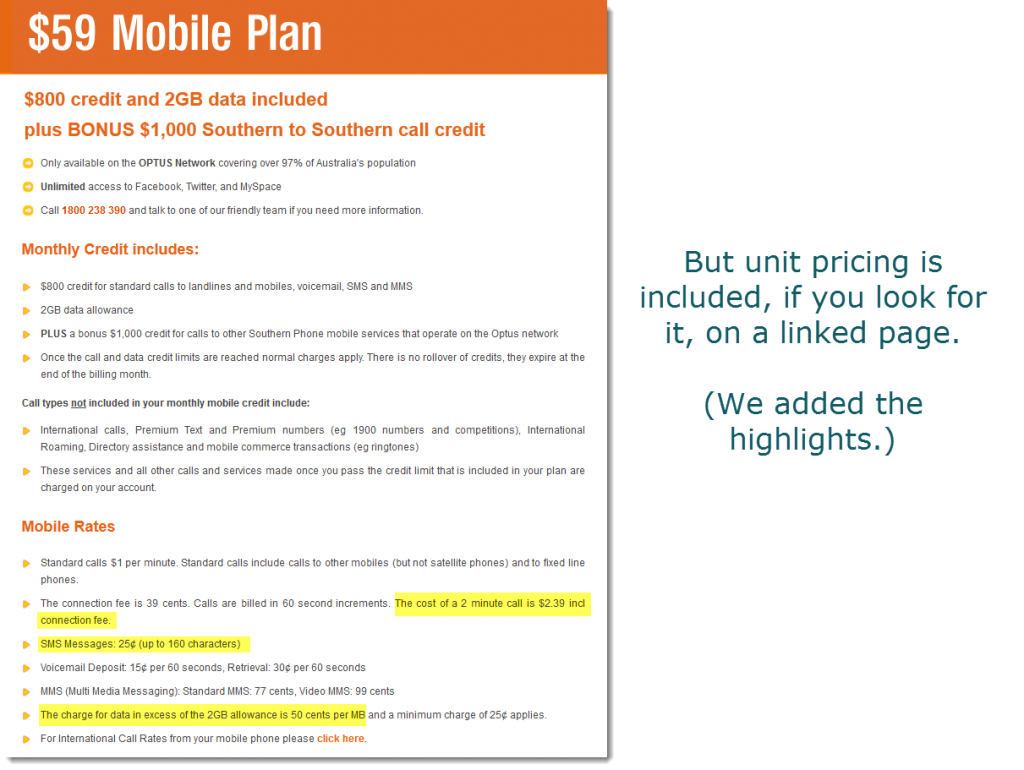 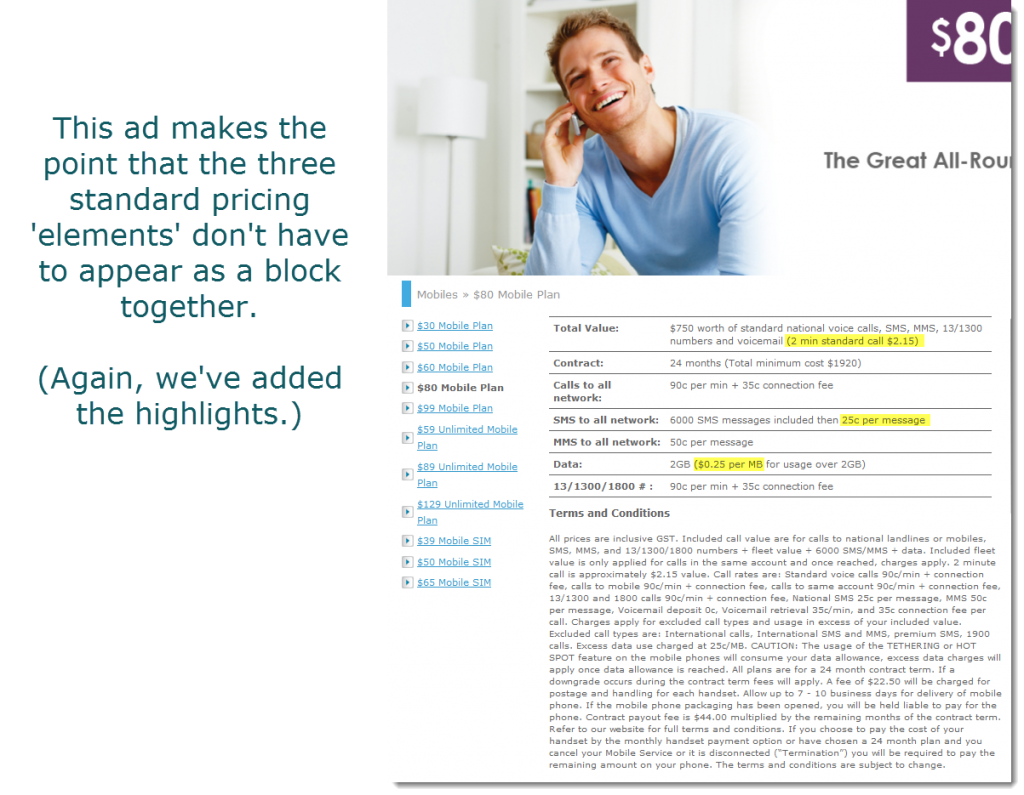 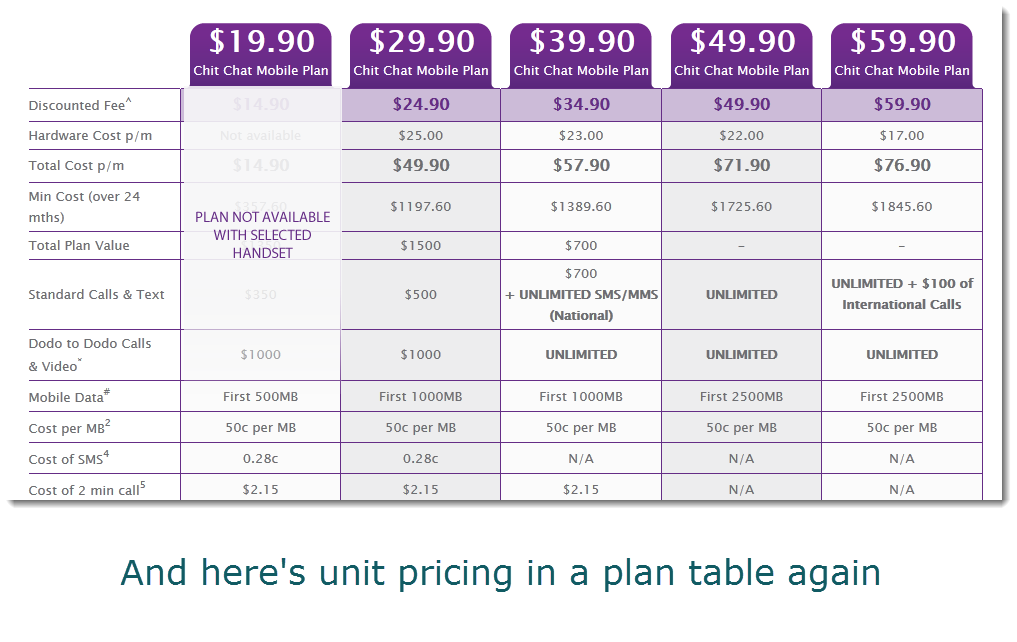 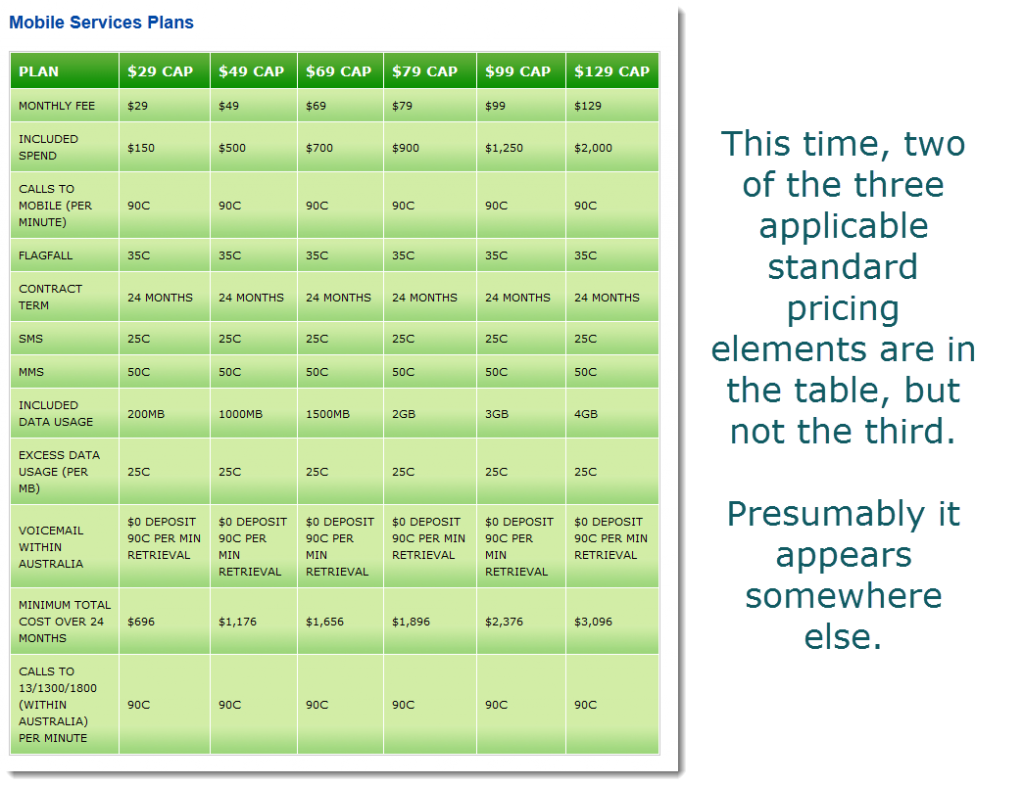 A lot of telcos do seem to be adopting pretty clear ways of stating their unit pricing.  And when Critical Information Summaries arrive for plans in March 2013 (although there’s no law against a telco introducing them sooner) Kimmy Consumer will have another, more standarised tool for comparing plans.

But as things stand, in text advertising there’s a fair amount of room for telcos to include the standard data in non-standard ways, and that introduces a potential confusion factor.

TCPCode.com.au would like to see some regulator guidance on this issue, to help ensure that the unit pricing rules fully deliver the consumer benefits they are intended to.

A telco lawyer with a truckload of experience
View all posts by Peter Moon →
This entry was posted in Advertising, Sales, Unit Pricing Rules and tagged text advertising, unit pricing. Bookmark the permalink.